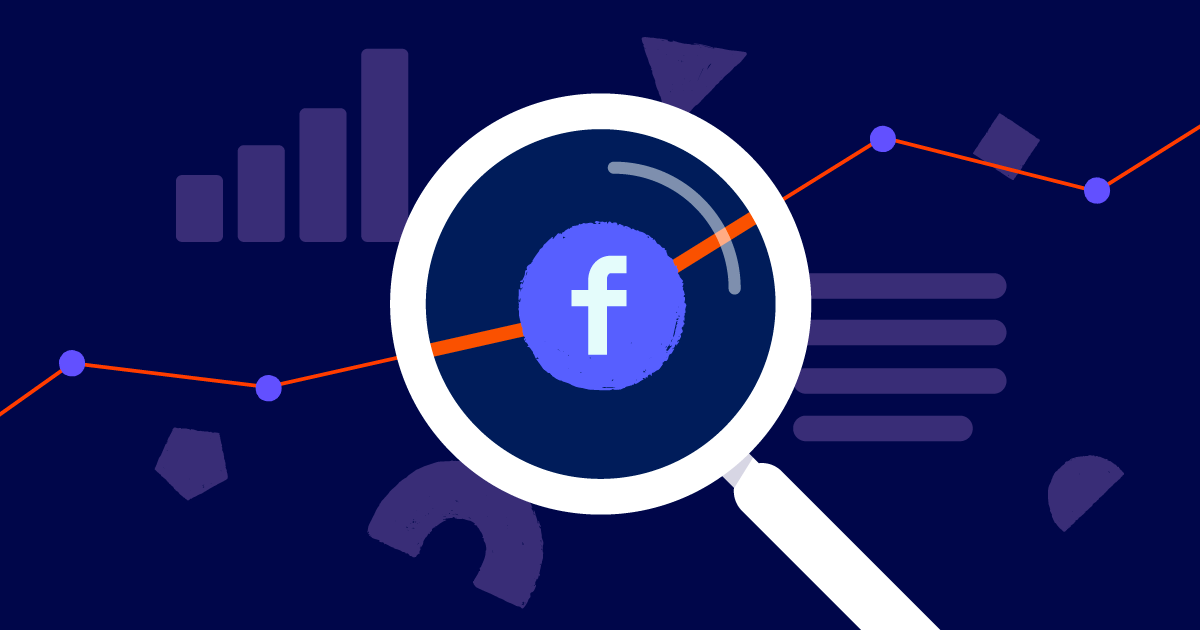 Many of people actively use Facebook to promote their project, personal brand or as a blog. And everyone, of course, is interested in the question of audience involvement: to read, like, repost, comment. To turn on the most effective way of promotion – word of mouth. To regularly appear in the feeds of your target audience, follow all the conditions of the Facebook post ranking algorithm, which we will talk about today.

If you are promoting yourself on Facebook, you are definitely familiar with the following situation: you write a post, try, invest time and effort, and then note with chagrin that there are very few reactions to the post: there are almost no likes and comments, not to mention reposts. You start to think that you are the problem, that you are so uninteresting, that’s why people don’t react.

In most cases, the lack of response has nothing to do with your personal characteristics. The reason is that Facebook for some reason shows your post in the feed very sluggishly. What did you do wrong? Let’s figure it out.

Each of us at least half of the ear heard about the algorithm by which Facebook works. This is a special filter with which the news feed is formed. There are legends about this filter: every promoter tries to understand it and thus secure a place in the sun. Every now and then, articles on the next update of the algorithm appear on the Internet, which seem to have no end.

In this article, we have collected the most important information about the latest algorithm updates and tried to show you how you can keep up with it and secure your place in the news feed.

A BIT OF HISTORY

Back in 2005, Facebook became the first social network in the world, the news of which appeared in the feed not in chronological order (depending on the date of publication), but passed through the filter of the Edge Rank algorithm.

At that time, the Edge Rank formula included 3 components that form its basis to this day.

1. Proximity. Or the degree to which friends and followers are involved in your Facebook activity. The more often friends interact with your posts: they like, comment, repost, the more often your posts appear in their feed. The logic is simple: if a person reacts to you, it means that they are interested in you and your content.

In addition, they have different weights and types of content we produce: for example, videos and photos are valued more than just status.

3. Timeliness. The average life span of a fast is 4-5 hours. After that, if there is not enough reaction to it, the post gets old and gradually dies, disappearing in a series of new statuses. True, sometimes departed posts rise from the dead – we’ll talk about this a little later.

Some statistics: by  February 2017, the number of Facebook users reached 1.9 billion, the number of business pages – 65 million. Potentially, each user can see 15,000 posts from friends, business pages and groups. However, the Facebook algorithm reduces this number to 1,500 and from this pool of content selects between 100 and 300 posts that appear in our news feed.

Edge Rank led the parade until 2013, when Facebook decided to revise the ranking parameters of posts in the feed, highlighting one main parameter – the user’s potential interest in the published content.

The old algorithm has been renamed Newsfeed Algorithm.

To date, the FB algorithm focuses on user interaction with content , so the quality of publications is valued above all else. The timeliness of publications faded into the background: if the “old” post continues to cause a reaction, it reappears in the feed. This phenomenon is called story bumping – “pushing” publications to the beginning of the news feed.

In order to determine what to show in the feed and what not, the new algorithm takes into account the following parameters.

We must give credit to these changes: they have significantly improved the user’s interaction with the content. If earlier Facebookers read 57% of the posts that appear in the feed, now they read 70%.

RECENT ALGORITHM CHANGES AND OUR ACTIONS

Let’s start with the most important thesis

Whatever you do, forget about the quantity. The new age belongs to quality.

So, let’s take a look at the most important of the latest changes in the algorithm, their impact on post rankings, and together think about what we can do to get our posts into the news feed.

On February 24, 2016, Facebook added five emoticons to the interface, expressing our emotional reaction to publications. So, “super”, “haha”, “wow”, “I sympathize” and “outrageous” entered our lives.

A year after the introduction of this innovation (in March 2017), Facebook decided to include this parameter in the algorithm, because, in its opinion, this or that emotional reaction indicates that the topic is interesting to the user , it catches and does not let you pass by. Therefore, publications similar in topic to those to which you emotionally reacted will now appear more often in your feed.

What to do: We have only one thing left – to write and publish emotional posts, to evoke a response in the hearts of readers and subscribers.

To help you – the data of a study conducted by MOZ analysts (one of the leading companies in the field of inbound marketing).

CHANGE 2: PRIORITY IN THE FEED IS GIVEN TO LIVE BROADCASTS (LIVE)

March 2016. Facebook notes the following trend: users “hang out” on live videos three times longer than on regular videos uploaded directly to FB, and decides to give live a dominant position.

What should we do: Record live! We know that for many, going live means falling out of their comfort zone, which is why there are still few live broadcasts in the feed. However, those who finally decide to appear before the public in this still new format take their place in the feed and enjoy high coverage.

Since January 2017, Facebook has been analyzing the completion rate for each video. If the user watches the video to the end (or most of it), such content will increasingly appear in his feed.

What we should do: create and post catchy videos. Test the length of a video to see if our audience likes short or long broadcasts.

This change is not so new, Facebook introduced it in June 2015. His research showed that many users want to see posts in their feed that do not necessarily receive likes, comments and reposts. So he decided to keep track of the time we spend studying this or that post. The algorithm analyzes what content we pay attention to and releases similar content to our feed.

What we should do: study your audience. Conduct surveys to find out what is interesting to our readers. The more time friends or followers spend studying your content, the more likely it is that the next time a post of this or that topic will appear in their feed.

Important! Reading comments on a post is also taken into account by the algorithm. Therefore, try to engage the audience in the discussion, initiate dialogue and exchange of views, thereby lengthening the time during which the audience will stay with you.

And the second important point: the now popular “friendcide” , when we remove from the list of friends those who do not respond to our posts, must be treated with caution. Often friends do not show themselves in any way under our publications and nevertheless read them carefully. Therefore, before removing a person, think about whether friendship with him really bothers you. Perhaps he is your faithful reader.

CHANGE 5: PRIORITY IS GIVEN TO FAMILY, FRIENDS AND BROADCASTING CORE VALUES

Research and surveys conducted by Facebook have shown that its users want to see in their feed, first of all, the statuses published by relatives and friends. In response to the wishes of the audience, in June 2016, Facebook openly announced that from now on, preference in impressions will be given to posts from family members and friends.

Posts containing an “authentic message” were classified as other values. In other words, unique content that we create specifically for Facebook. This caused the links previously favored by the algorithm to drop in the priority scale and now receive low reach (compared to text statuses or videos).

At the same time, Facebook provided additional opportunities for the formation of its news feed. Now we can hack on the shoulder: hide content that is not of interest to us, unfollow pages and friends, and independently determine “display priorities” (see first). Thanks to the last feature, we choose which posts we want to see in the feed first.

What we should do: create unique content. Be active in relation to those who are of interest to us: respond to their publications, speak out, draw attention to ourselves. In this case, Facebook will regard our actions as a manifestation of friendship and will begin to show people of interest to us – potential customers, partners – our own posts.

So, let’s sum up. What exactly do you need to do in order to get into the news feed?

We wish you high coverage, crazy engagement, the favor of the algorithm and a stable place in the feed! Successful promotion, friends! 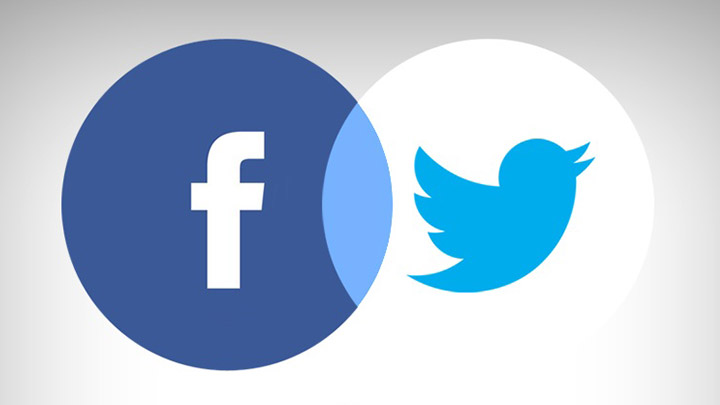 How does the Facebook News Feed predict what you want to see?